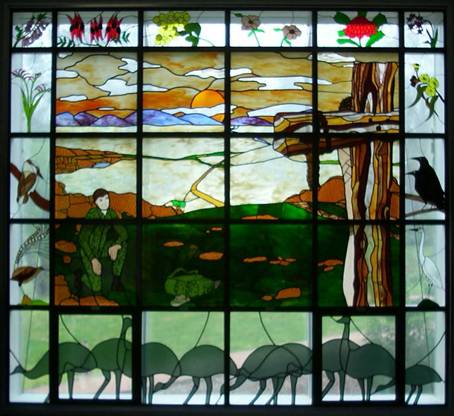 Developing leaders with character is of great importance to the Army

Craig began his talk highlighting that Army recognises characters central importance to leadership. How can you define character?  It must include leadership qualities.  Leadership involves having integrity, being dependable, honest, recognizing what you as a person are – as opposed to your reputation, which is what others may think you are.

Craig quoted several descriptions of character and gave examples of Australian generals and commanders providing real leadership, sizing up the situation, making a decision and leading in its implementation.

Craig highlighted that Army doctrine recognized that the root of character is a coherent belief and values system. The morale, stamina and, therefore, the combat capability of an Army relies as much on spiritual and moral qualities as it does on physical fitness and skills – perhaps more so when soldiers are under stress. There is ample evidence to indicate that operational service and adversity tend to focus people on what is important in life and sometimes leads to a complete re-evaluation of basic beliefs and life values. These spiritual and moral qualities are at the heart of a person’s character. For some like Craig, his Christian faith is at the heart of his character. For others who don’t share his faith, their character might be informed by a moral of ethical framework such as Army’s core soldier behaviors.  Craig noted that he felt his own faith and the Army’s values and behaviors expected by Army were in alignment.

Craig highlighted how developing leaders with character was of great importance to Army.  Army recognises that the battlefield of today and into the future will place increasing responsibility on soldiers of all ranks where the smallest of actions may have operational, strategic or political implications. Today, army personnel are asked to undertake many different, complex assignments.  It can vary from a peacekeeping mission, to assisting with a national disaster and working in a hostile war zone.  These situations often involve cultural clashes, political influences, and trauma, justice and retribution issues.  Such an environment requires soldiers with the mental agility and strength of character to adapt yet remain mission focused.

Craig highlighted how Army recognises the importance of ethics and morality to battlefield success in this the complex operating environment of today and the future.

This led into his discussion on the values and behaviors fostered in Army.  There are three core Army values:  Courage – Intuition – Teamwork, supported by nine core soldier behaviors that are as follows:

Army’s leaders learn about character by being formally taught and educated, learning from others, doing arduous training activities designed to develop character. For those with a religious faith, character is also fostered through mechanisms – including supported by Chaplains – to practice their faith. He also mentioned the important role of helping soldiers adjust back to normal conditions as well as assisting those requiring rehabilitation. The emphasis being on the value of service to your fellow soldiers.

Craig then focused on how his Christian faith has influenced and assisted him in his roles in the Army. Craig said that he sees his role as an officer as one of leadership through serving the soldiers under your command. Their interests and needs come before your own. You serve to lead. Humility is a critical characteristic. You are responsible for the health and safety of those under your command and also for their actions and inactions. Craig’s inspiration for this servant leadership model comes from the life of Jesus Christ.

He described how his Christian faith has assisted him to understand the dilemmas and challenges of modern military operations and the strategic environment in which they are conducted. He cited his experience and involvement inEast Timor’s troubled history as throwing up the challenge of suffering and injustice in the world. His Christian faith gives him an assurance that such injustice and suffering will ultimately be put right.

Before concluding Craig spoke of his personal experience of how his Christian faith has given him a sure hope that the burdens created by human nature and his experience of military operations are dealt with though Christ’s death on the Cross.

An interesting Questions and Answers session then followed. While Craig drew on official information to inform his talk not all the views Craig presented are necessarily the views of the Australian Army or the Department of Defence.