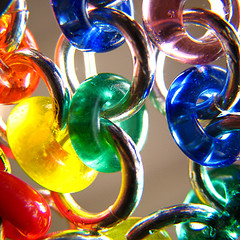 Creating a Culture of Diversity

One of the foremost advisers in the development of organisational capability, culture and talent management strategies.

Creating a Culture of Diversity

Melanie started her talk by referring to the “Stockdale Paradox” which originated from the experiences of Vice Admiral James Stockdale, a seven years prisoner-of-war survivor in Vietnam. He not only survived extreme torture but also tried to help his fellow prisoners.  American research interviewed him afterwards stating that he must have been an optimist. Stockdale responded that those who where optimists died first as they took big risks, while the pessimists only saw doom, lost all hope and perished.  What you needed was to be ruthless about the reality of the situation as regards daily survival and still believe that in the long term you would survive.  A delicate balance!  The “Stockdale Paradox” also applies when “Creating a Culture of Diversity”.

She posed several questions and then focused on the meaning of Culture. Melanie defined it as pattern of tacit assumptions that people believe in – shared set of behavioral practices enabling people to survive in an organization. It reflects a successful way of operating and is passed on to new incumbents. Above all else it is predictable and stable. Hence, it is “hard to change”.

How does one identify a culture within an organization? Melanie outlined three distinct aspects to work on namely:

Take a look inside your own organization. Why is it hard to change an existing Culture?

Firstly, tacit assumptions prevail which are acts of behavior, done unconsciously. When you are actively involved in an organization it is very difficult to stand back and detached from the outside look inwards, much like trying to be a fish and see the ocean. Melanie cited her family’s experience when attending a church service in a different parish where they were strangers. The congregational members thought they were most helpful to visitors, but Melanie and her family felt like strangers.  Insiders are so involved that they overlook an outsider’s perspective.

Secondly, tacit assumptions represent shared values and patterns of behavior practiced by all members within the organization. This is the way we do things here. You risk being the odd person out. Melanie mentioned another example she experienced. The suggestion made was “Why not undertake an attitudinal survey amongst employees to find out what they think.” She responded “why don’t we just go to the canteen and talk to them”. And

Thirdly, tacit assumptions cannot be changed simply by people at the top of an organization saying that the culture must change. It doesn’t work. Getting an outsider like a marketing consultant to go and sell it to the staff also fails. The entrenched values, images and related behaviors are broad and widespread.

Is it all too hard? The Stockdale Paradox!

A law firm wanted to create a new diverse culture based on ethnicity and gender. The firm even formed a diversity council. However they spurned the traditional “welcome to country” as tokenistic. They were only recruiting from the top % who graduated from one university and a narrow group of private schools– where no lawyers were coming from diverse, ethnic background. Females represent 60% of lawyers graduating. Yet they were missing them too. They had a recruitment pipeline problem: a narrow pool of potential recruits which excluded ethnicity and gender. They could not see the folly of their approach.

In contrast, a church group aimed to extend its activities to include the wider community of non-church people. They went outside their congregation and recruited non-church people forming small committees covering a range of interests and activities which would appeal to all communities extending from pre-schoolers, adolescents, right through to the aged. The non-church people together with the church people were involved as equals and the total group grew as a diverse community.

Melanie invited the audience to comment on these two examples.

The Church group involved people from the diverse cultures to participate as partners thereby building the desired diversity from the grassroots. Everyone had ownership of the project and therefore was committed to its success. The input of ideas and decisions came from within this diverse culture. Meaningful relationships were developed.

A very interesting and varied Q & A session followed. Two central themes emerged. It is essential to “create a culture of diversity” in order to successfully innovate and generate new ideas. A organizational cultural change must be initiated and sustained by the leader and his/her executive team, communicating and actively living the new behaviors and winning over and gaining the supportive involvement  of everybody working in the organization.