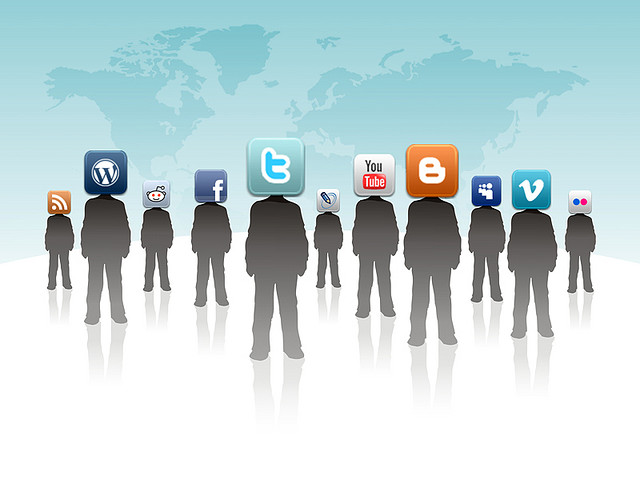 RICHARD SPENCER (TWO SOCIAL) provided an informative insight into social media’s popularity and its usage profile both worldwide and within Australia.  Citing AC Nielsen’s current market research data, Facebook has one billion members worldwide of which over eleven million are in Australia. Twitter has 380 million worldwide members and Linkedln 175 million, with 3 million in Australia. YouTube experiences 3 billion views daily. Each person spends four to five minutes on-line daily on social media. Interestingly, 20% of Australian Facebook users are in the over 35 yrs age bracket (20%) and growing.

Amongst Linkedln members, 58% seek information or talk to colleagues about salary. It is extensively used for employment purposes both in terms of seeking working or employing people.

People frequently use social media when making purchases either getting information or buying.  Businesses  research  potential and existing customers by listening and asking questions such as; how to –  build  a product /service brand  – engage with people you know – engage with new people and  – sell products or services.

Rich concluded by saying, “if something works well in real life, then it can work even better using social media, instantly transmitting dynamic content to selected audiences”.

BEN MYERS (UTC) began by referring to Plato’s fears that “New technology changes our society, eroding our existing social bonds.” This happened some thousands of years ago, as Plato responded to the introduction of writing, by reflecting on how it would alter the way human beings would relate to each other. It would change society. No longer would everyone only rely on oral discourse. The written word represented another real option. These influences are just as true today with the far-reaching impacts of social media.

Today with social media such a new and powerful means of communicating, as Christians we should have questions about the changes occurring in our human relationships. How we relate to God and to one another. It is in our interest to make sense of social media rather than resist it. Christians have a tendency to say “no things will go wrong”.  Social media used is only as good as the people who use it.

Social media has a remarkable expansive capacity to reach large audiences, and a wide range of people. The scope of our engagements with one another has changed. It is now more colorful and we can relate to people we would normally not relate to.

We have flexibility on the way we can engage and cope on-line. It is much more rapid than face-to-face. It is also safer to disclose oneself because it is not a face-to-face exchange. The overriding message Ben conveyed is that social media presents Christians with the scope to engage directly and informally with a much larger and diverse audience.

JONATHAN HUMPRIES (RAVENSWOOD GIRLS SCHOOL) began by displayed typical comments posted by young teenagers on Twitter revealing a range of brief messages exchanged.  It also illustrated the type of personal messages occurring.  Jon then provided some examples of how social media is used for educational purposes.

He emphasized that social media is a tool where we can create a trend and not just follow trends.  “You can use it to push content and to insert details about yourself”.  He showed how he uses Facebook.  He belongs to a group which shares multi-media resources in regards to ministry. He posts as a profile, titled ‘UnitingChange’ and uses it as a thought provoking platform.  This allows people to come on board and share views about church, theology and other topical issues. Jon is using social media to generate interest towards the Church. It is something to think about, and raises the question about what the church should now be like. It also places social media in a very important supportive role.

Jon also illustrated how he personally uses social media. He provided an overview of social media uses and influences in his school setting, in his ministry work and, how he is using it to communicate in ways which were previously not possible.

An INTERESTING Q & A SESSION THEN FOLLOWED moderated by David, involving all the panelists and many attendees.  It covered many aspects including the communicative powers of social media, where religion fits into the scene, and Social media’s economic impacts. The overriding experience suggested that social media impacts on all facets of daily living, and we are only at the initial stages of a world of new opportunities.