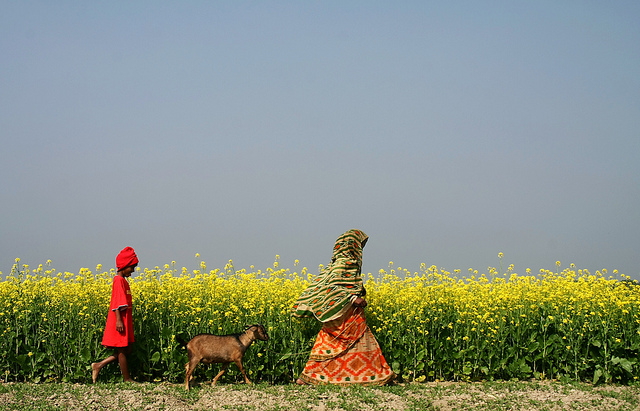 How microfinance is helping millions of people living in poverty transform their lives.

Robert began with ‘Justice has always been important to me’. Sometimes it is difficult to assess justice in the heat of the moment, and even then you are then reliant on your own values.

But Justice always matters. Robert then took us back more than 200 years describing the ‘Zong’ (slave ship) massacre which resulted in the loss of 142 lives.  ‘Zong’ was a large cargo ship sailing between Africa and the West Indies, transporting slave labour. Around November 1781 on this particular voyage, it was carrying 441 slaves. Far too many.  Typically, conditions on the ship were appalling. Slaves were tightly packed, chained and sanitation was terrible. Due to navigational errors, the ship’s water supply reached low, unsustainable levels. The ship’s crew had no qualms about how to overcome the problem. To them it was a simple commercial decision. Reduce the human cargo size by throwing some of the slaves into the sea to drown so that the ship owners could make an insurance claim for loss of cargo. Such was the common rule of law in those times. The insurance claim was challenged.

Many good people just turned a blind eye to this slave labor trade. Fortunately, it outraged Granville Sharp, an ardent anti-slave trade campaigner, who was later joined by William Wilberforce to fight against this barbaric practice.

Now, over 200 years later, how do you feel about such issues?

Issues of Justice are central to God in all his teachings. Robert quoted several biblical messages from the Old Testament, in particular Micah 6:8: “And what does the LORD require of you? To act justly and to love mercy and to walk humbly with your God.”

Robert posed the question, ‘What are people going to think about us in 200 years time?’

Remember the fact that today, extreme poverty still exists throughout the world. There are 2.7 billion people living on less than $2 per day. 1.3 billion live on less than $1. Yet at the same time, those earning over $30,000 are the wealthiest 2% of people in the world by income. This is a startling contrast and there are many more sad statistics. Men unemployed sitting around all day with nothing to do; the red light slums of Mumbai and Calcutta with refugees from Nepal and Bangladesh, all often just a block or two away from a high-class shopping mall.

Yet over the past 25 years, worldwide extreme poverty has been reduced by half through the positive impact of economic development amongst the poor. Opportunity International Australia is actively engaged in this process.

Robert then outlined what the Australian arm of Opportunity International does and how it functions.

It concentrates on the Asian region where millions live on < $2 /day, focusing on India where there are 900 million such people, the Philippines where 45 million people live in poverty and Indonesia close to 50% of the population struggles under the weight of poverty.

Whilst Opportunity International Australia’s core function is to provide microfinance (small loans) to poor people so that they have the opportunity to start their own small business and work their way out of poverty, the organisation provides necessary support when needed to help to guide these people in that process.

It requires money to finance its activities. The organisation’s annual revenue approximates $9.5 million, mainly derived from generous individuals, its own fundraising activities, AusAID, and to a lesser extent, corporate sources. The latter is a funding source it is trying to expand.

94% of loans are made to women, either to one women or a group of women who are working together. The initial loan is small, about $50, in return for which the women start an income-generating activity such as a stall which sells items which villagers need. Once the loan is repaid, it is recycled and the women gain more confidence in their abilities and are often keen to expand. Next, they may receive a larger loan for perhaps $100. 97% of loans are repaid. The women who take these loans are determined to succeed. Often the main motivation is to give their children a better life than theirs, with improved sanitation, (i.e. a toilet, clean water, hygiene education), more nutritious food, education and many other everyday things which we in Australia take for granted.

What does a loan client look like? Robert gave several examples, one of which was Ana who lives in the Philippines. He showed a brief film about her and what she has done to lift her and her family out of poverty.

Her start in life could not have been more humble. As an eight-year-old Ana was scavenging the Payatas dumpsite, scrounging for food or other items her family could sell. Growing up, Ana and her three siblings struggled to survive as their parents did not have the money to provide for them. There were only two options for women in her situation: to scavenge or prostitute themselves. Then Ana heard about a third option – she applied for a small loan.

‘Now 33, Ana’s life has changed significantly since her time living at the Payatas dumpsite. Thanks to the help of a small loan of Php.5,000 (A$91), Ana was able to set up a small grocery shop, buying products that she could sell, such as biscuits, lollies, shampoo and noodles. For everything Ana sold, she saved half of the earnings, investing the money back into her business.

With her new income, Ana is now able to provide nutritious food, clean drinking water, medicine and even an education for each of her four children. Ana is even reaching beyond her family to help others in need.’ It is not just money that is recycling, but also the knowhow and confidence which Ana wants to give back to her community because she knows what it’s like to be a poor. She’s become a real role model.
Robert mentioned that in 2012, he and Kristina Kennelly (an ambassador of Opportunity International Australia) visited the Bihar region in Northern India to see firsthand the reality of poverty there as well as the real positive impact of the organisation’s work. They noticed everyone had access to mobiles but lacked access to health services and sanitation. Opportunity is working with Indian NGOs to help reverse this situation and improve the quality of life.

Near the conclusion of his presentation, Robert posed the question to us all. What can we do to assist? Robert responded with the quote: “Never doubt that a small group of thoughtful committed citizens can change the world; indeed, it’s the only thing that ever has.” (Margaret Mead)

Several questions followed, all of which provided Robert the opportunity to explain the fundamental principles they adopt to ensure that the microfinance provided gives people living in poverty the hand up they need. Partner organisations who represent them in the field for all their operations are essential. Robert related three partners, each different in background, successful in their own right, utterly committed to the mission of reducing poverty, working on the ground to assist poor people to grow businesses and change their lives. They relate well at grass roots levels, have excellent people skills, identify with the needs of their communities, offer sound advice and have good basic business sense with an eye for entrepreneurial activities. They are important in the selection process for making loans and monitoring results.

Microfinance interest rates sit at 23-28% – and exist to cover the cost of providing small amounts of money to people, often in isolated, underserved areas where it is expensive to operate. This does not often present a problem to borrowers, with 97% of clients repaying their loans through the profits they earn and then borrowing larger loans to grow their businesses even further.